The dreaded hydrogen embrittlement may cause high-strength steel bolts to break with no prior warning. Hopefully, the problem can be solved through a combination of research, improved standards and education.

In the world of fasteners, few things are as anxiety provoking as hydrogen embrittlement (HE) and the potential of failing critical fasteners. While not a common problem, HE failure is unpredictable and the consequences might be a nightmare – think aeroplane in mid-flight or nuclear plant.

Aggravating the problem, explains Salim Brahimi, a Canadian authority on HE, “Many ‘experts’ offer unfounded opinions, which are either wrong or misleading and based on fear rather than fact.” 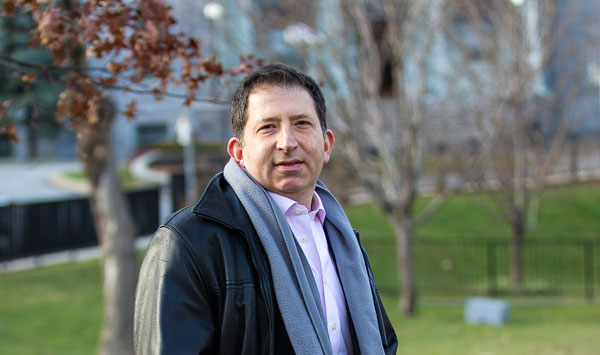 He says that the controversy surrounding HE is a reflection of the lack of true understanding of the phenomena as well as inconsistent and confusing standards.

Hydrogen embrittlement occurs in various forms, but always involves applied tensile stress and the ingress of hydrogen into the metal. High-strength and low-alloy steels, nickel and titanium alloys are all susceptible to different mechanisms of HE.

In the case of high-strength steel fasteners, hydrogen atoms diffuse through the metal lattice and accumulate in areas of stress concentration. At sufficiently high combined localised concentrations of hydrogen and stress, the metal loses ductility and becomes brittle, resulting in cracking and, eventually, failure.

Hydrogen can enter metal in many ways, such as during steel production, parts processing, electroplating, or as a by-product of corrosion. Brahimi stresses that HE is a mechanism of failure; the root cause is invariably related to either poor manufacturing or poor design.

The last 25 years, Brahimi has been trying to find effective solutions, working with various consensus standards organisations, running his own company, IBECA Technologies, and conducting academic research at McGill University in Montreal, Canada, where he is also currently completing his doctorate on fastener HE.

The most effective tool for prevention of HE failures, Brahimi says, is to produce fasteners in a well-controlled process, instead of relying on costly “feel-good” baking of parts that don’t really benefit from it. “I promote the notion of industry spending its resources on targeted prevention by means of good manufacturing practice, and for parts that need it, such as PC 12.9 fasteners, sufficiently long baking supported by test data.”

The risk of Hydrogen Embrittlement failures can be further reduced with the help of standards and practices that are solidly based on facts founded in research, Brahimi says. Education also plays a key role.

When asked what end-users should think of when sourcing fasteners, he says: “Look beyond the unit cost of a fastener. Good sourcing means asking informed questions about quality-related issues and the capability of the manufacturer to produce quality parts consistently.”

“There’s no stock, no waste, and it can be done locally” Since its launch in 2013, Dutch 3D printing start-up 3D Hubs has produced over a million parts, making it the world leader in distributed manufacturing. Chief Marketing Officer Filemon Schöffer exp... Læs mere
Offering a greater field of solutions For Fred Heaton, what started out as a hobby in 1999 quickly grew into a thriving business specialising in hydraulic bolt tensioners. Now Boltight has been acquired by the Nord-Lock Group, in a mov... Læs mere
In the fast lane to greener motoring If the job you want to do doesn’t exist, then invent it. That’s what Gordon Foat did to combine his two passions: motor cars and safeguarding the environment. Læs mere
Hydropower: Relying on Superbolt for 30 years When it comes to long-term Superbolt users, American Mike Bruno is hard to beat. More than 30 years ago, he was involved in one of the earliest installations of Superbolt tensioners in a hydropower... Læs mere