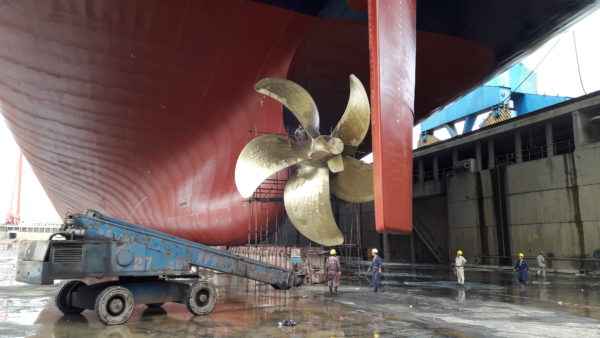 Benefits gained:
■ Excellent locking reliability.
■ Reduction of assembly errors thanks to ease of use.
■ Possibility to fix the propeller cap to an existing propeller under water.

Cheaper but Better Solution for Tractors With Washers Early in 2017, when Hattat Traktör was testing a new tractor model, they realized that the joints on the air compressor–engine connection bracket were loosening because of vibration. Read More
Washers triple-protect nuclear transports Daher Nuclear Technologies GmbH, located in Hanau close to Frankfurt am Main, Germany, develops containers for transportation of radioactive substances. For obvious reasons, these containers must b... Read More
Renovating Nuremberg’s metro – without affecting the timetable Renovating an underground railway system without weeks of construction and chaos caused by delays and diversions was previously unheard of. Read More
Washers keep airplanes in the air Look up into the sky in the coastal city of Miri, in north-eastern Sarawak, Malaysia, and you may see Nord-Lock washers in action: inside a radio-controlled aircraft. These hobby airplanes are sold by Byond Horizon, a business that otherwise uses drones to take aerial photos and videos for companies. Read More
Rallying for safe bolted joints Motor sports are not easy on the cars. High speed, torque, vibrations, g-forces and hard knocks put enormous strain on the cars and their components. Read More