Since 1978, Donkervoort Automobielen has been hand-building bespoke sports cars for true motoring enthusiasts. The Dutch family-run company’s stunning vehicles are sought after for their light weight, performance and exclusivity – only about 40 to 50 are made each year – and their track pedigree is well proven: last year a Donkervoort D8 GT won its class at the prestigious 24 hours of Dubai endurance race. 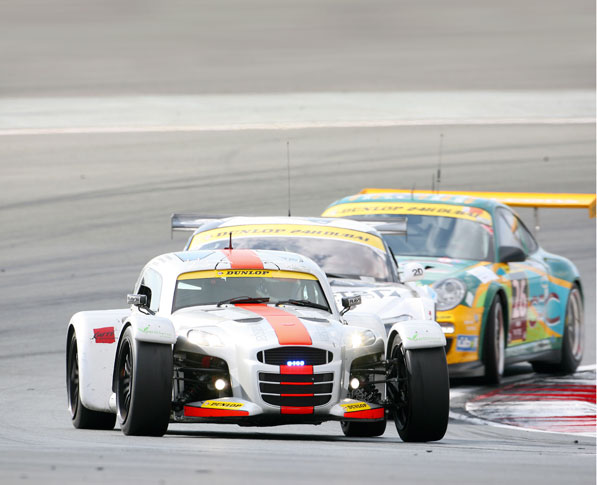 This summer, production will start on the Lelystad-based company’s latest model, the awesome D8 GTO, which has been developed in close collaboration with Audi Quattro GmbH. It will be one of the fastest sports cars made in Europe.

The company is quick to credit the Nord-Lock Group as an important contributor to both its reputation for quality and to its win in Dubai. Despite 24 hours of flat-out racing and the extreme forces and vibrations that came with it, the pit crew had no problems with any bolted joints held together by Nord-Lock.

Competing in the world’s most dangerous race In January 2013, the legendary Dakar Rally started in Peru for the first time and end in Chile, having crossed the Andes into Argentina. Read more
A formula for success A key piece of equipment in any pit stop is the pneumatic impact wrench, or wheel gun, which is relied on to loosen the large nut holding on each wheel and then screw on a new wheel – all in the blink of an eye. Read more
Built for Speed The latest version of Japan Railway’s famous Shinkansen, known around the world as the Bullet Train, reaches speeds of 300 kilometres per hour. Read more
The Mercedes connection Hybrid vehicles use combustion engines and electric motors in parallel. High-voltage supply systems in these new vehicles place considerable demands on the connectors which provide the interface between the battery and the electronics. Read more
Rallying for safe bolted joints Motor sports are not easy on the cars. High speed, torque, vibrations, g-forces and hard knocks put enormous strain on the cars and their components. Read more
Tough trial puts wheel nuts to the test “We’ve been in some pretty tough situations but we haven’t had any wheels come loose since we fitted Nord-Lock wheel nuts.” - proven at the European truck trial Read more