What Is the Fatigue Phenomena in Bolted Connections?

When designing a bolted joint it is crucial to minimize the cyclic loads applied to the bolt to avoid fracture and subsequent failure of the connection. The basic principle for achieving this is to use an elastic bolt to clamp stiff members and to tighten the fasteners to a high preload.

A bolt’s elasticity may be improved by using a long bolt, for example, or by reducing the shank diameter. Generally, it is preferable to use several thin bolts rather than one large one if the large bolt cannot be preloaded properly or the clamping length cannot be increased suitably. The clamped members can be kept stiff by avoiding the use of steel in preference to soft materials such as cast iron, light metal alloys, polymers and similar.

A possible cause of fatigue failure is the over-dimensioning of bolts which are too stiff. Also, the most common failure position is in the first engaged thread. 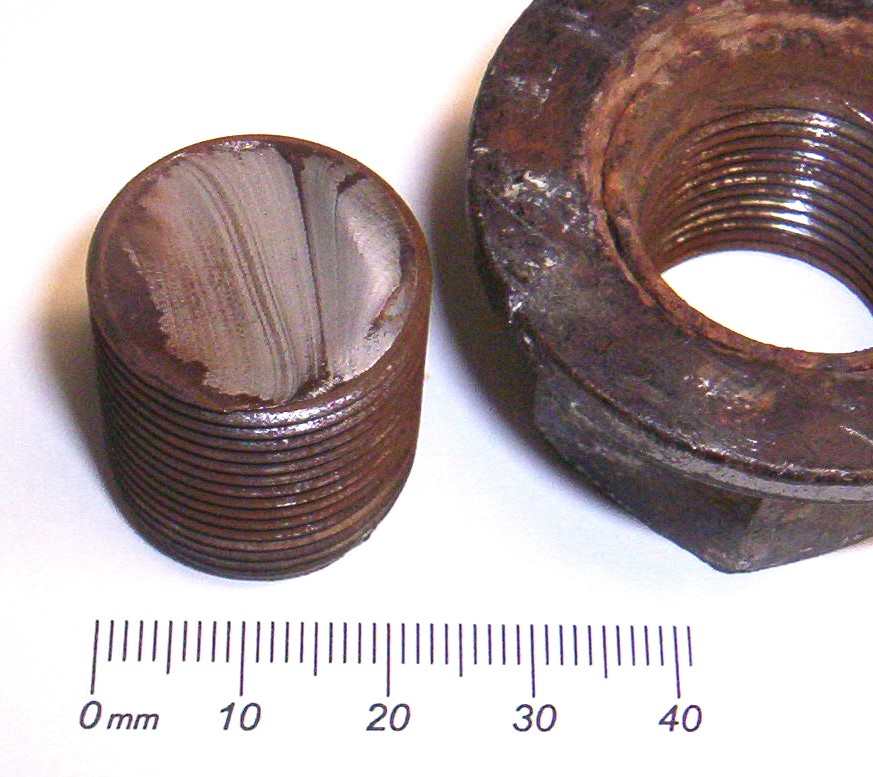