Nord-Lock Group Insights What happens to preload and clamp force when external loads are applied?

What happens to preload and clamp force when external loads are applied?

We generally apply torque via a wrench to the bolt or nut to generate the required tightening load. This tightening load is called preload. Preload is defined as the tension created in a fastener when it is tightened. Its function is to prevent the slippage and opening of construction parts. Clamp force, in response to preload, is the force acting on the parts.

Hence, the calculation of a single bolted joint is based on the elastic behavior of the joint in the bolt axis. This region has a considerable effect on the deformation and the loading of the bolt. During joint assembly, a preload FM is produced, which creates a clamp load FK at the interface. The stiffness factor should be defined first. This is how much load is required to stretch 1 mm of the material.

The forces and displacements which occur in the bolted joint can be illustrated by means of the joint diagram. Accordingly, the previous diagram will look like this:

The previous formula can be verified with the following example

Step 1: The bolted joint is tightened to 5 kN.No external load is applied. 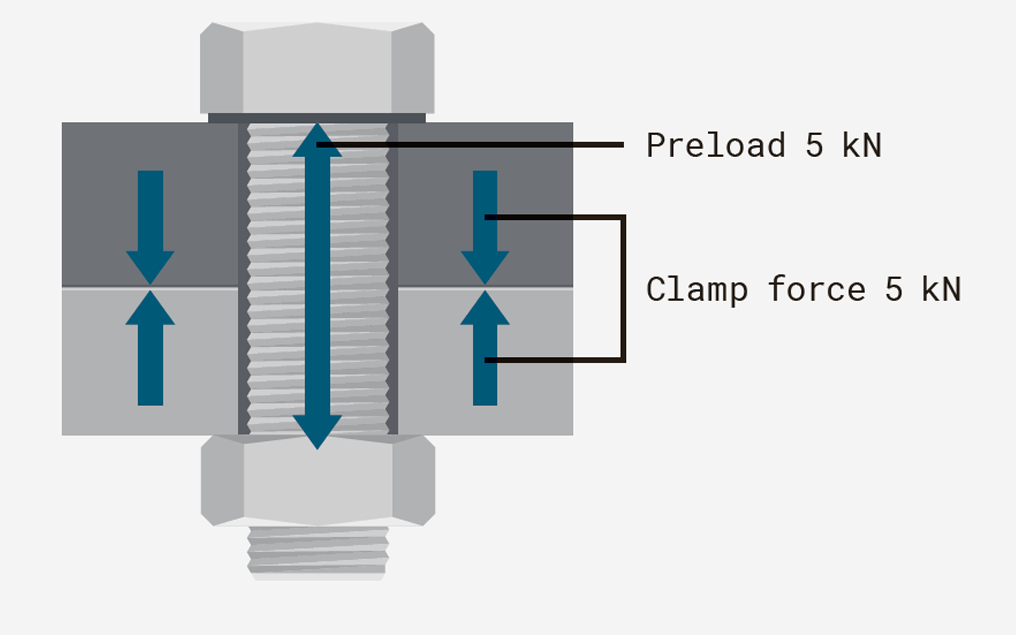 Step 2: External static loads (4 kN ) are applied but less than the preload. The initial preload now becomes the residual preload. The bolt load is calculated to
5.4 kN but the clamp force is reduced down to 1.4 kN. 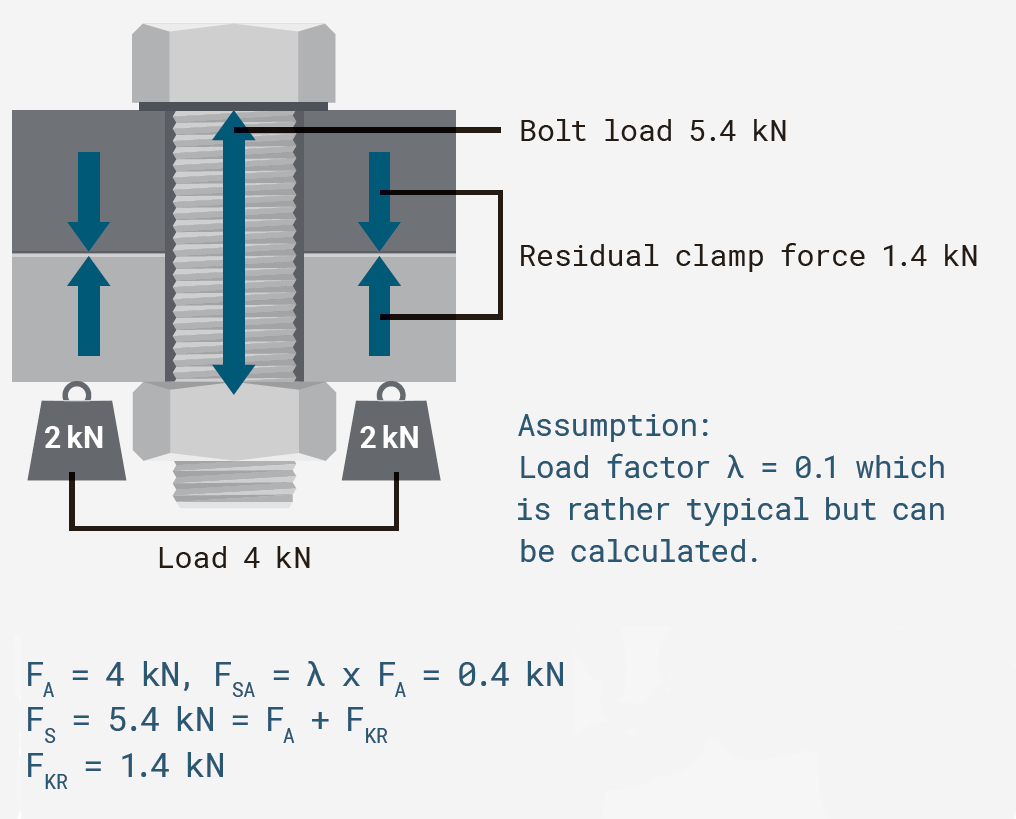 Step 3: Additional external loads are applied, more than the initial preload. Since the external load is much larger than the preload, the parts are separated
and the load in the bolt increases up to 10 kN. (100% of external loads) 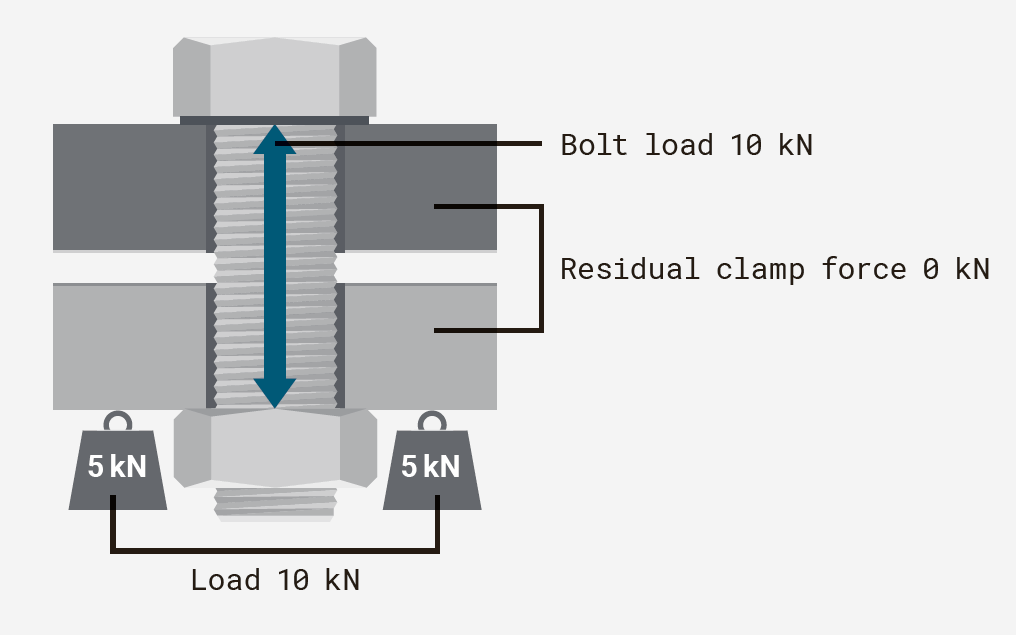 In conclusion, the elastic behavior of each component was reviewed when the axial forces were generated on the joint. In addition, there are other external factors to be considered for accurate prediction of the required preload, such as shear forces, temperature, vibration and dynamic loads. For further information, please contact your closest Nord-Lock Group office.