Engineering with a bite

For the past eight years the Viper Motor­cycle Company have created unique custom-made Super-Cruiser motorcycles that combine first-class engineering with elegant design. Over 80% of their motorcycles are made from proprietary parts, designed and created by Viper themselves, using the most advanced 21st century technology. 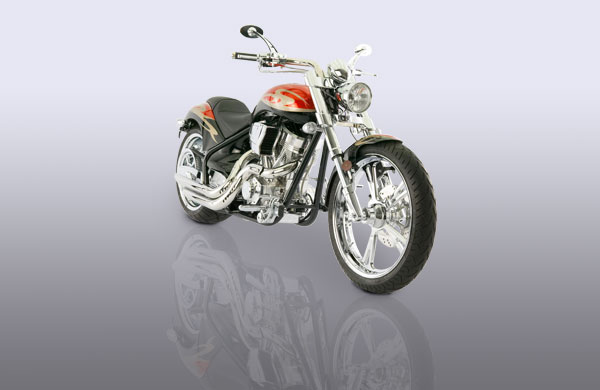 Last June Viper released their superbly crafted 2011MY motorcycle as an evolution to their 2009/2010MY line. The new bike is not only a high performing vehicle with Viper’s trademark proprietary parts and new Viper/Ilmor engine, but also beautifully designed with a keen sense of style.

While striving for the highest standards of engineering, Viper decided to implement Nord-Lock washers in eight locations, including turn-signal stalks and brake rotors. By using Nord-Lock with zinc-based plated bolts instead of thread-lock and chrome-plated bolts, Viper avoids chrome build-up and binding, which can damage well-engineered joints and significantly reduce the torque applied.

The Nord-Lock bolt securing system allows for quick and easy torque checking without breaking a thread locking material, which is a huge advantage when servicing and maintaining critical fasteners. No fastener using Nord-Lock has ever lost any clamp load.

Underground operations Sandvik Mining and Construction was having problems with the bolts clamping the cutting tools to the reaming head; they were sometimes coming loose under the extreme vibrations, loads and torque involved. Replacing the bolts which vibrated loose was a costly, time consuming and often dangerous job. Read More
Built for Speed The world’s fastest conventional trains run in France, and not just to break the April 2007 record of 574.8 km/h (under test conditions with a shortened train). The TGV regularly runs at 320 km/h and at those kinds of speeds it is absolutely vital that nothing falls off the rolling-stock to derail the train. This is where Nord-Lock comes into the picture. Read More
You’re gonna dig this A kilometer below the churning waves, more than a thousand pairs of Nord-Lock washers are used throughout the plough application where clamp load must be maintained in the bolted joints. Read More
How Corus stopped money melting away Corus is Europe’s second largest steel producer. In normal trading conditions it generates annual revenues of more than 13 billion euro and produces about 20 million tonnes of steel a year. Part of the Tata Steel Group, it supplies many of the most demanding metal customers across the UK and EU. Read More
Sail of the century Royal Huisman’s demands on quality and attention to detail extend throughout the 30–90 meters (98–295 ft) long vessels, from the sumptuous interiors to the very latest navigation technologies. When the shipyard was looking for a bolt-securing solution that could handle the dynamic loads unleashed by the harsh marine environ­ment, it turned to Nord-Lock. Read More
Conquering the Seas Mitsui recently began using Nord-Lock components in their marine diesel engines. Because Nord-Lock components are comparatively light and small, they are effective in making assembly and tightening quicker and safer especially in poorly-accessible or confined places. Read More