Going with the Flow

A heaving metropolis like New York needs a lot of water. It may be the city that never sleeps but it certainly drinks, bathes and cleans. Assisting in the mammoth task of supplying water for over eight million people is British company Blackhall Engineering, who have just produced four 60” bore Larner-Johnson valves for the city. 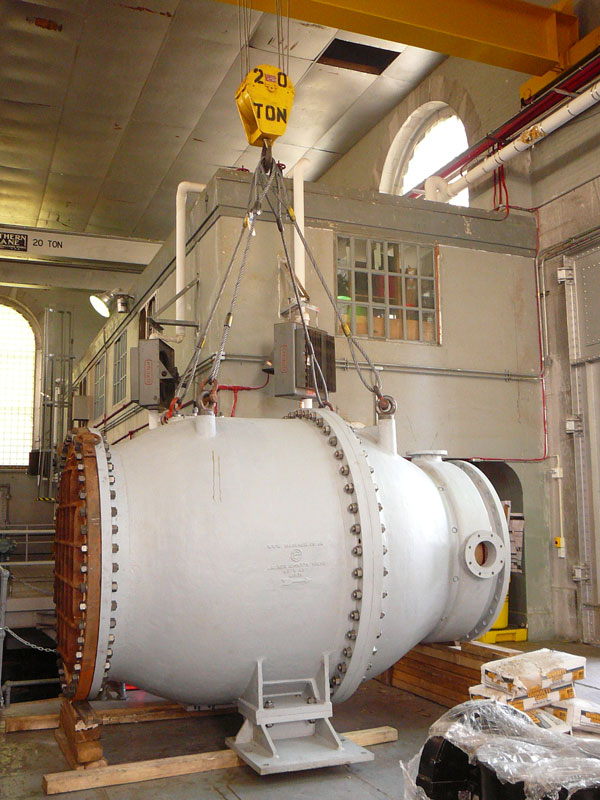 The valves will control the flow of water from New York’s deepest reservoir, the Ashokan Reservoir in the Catskills Mountains. Each valve weighs a massive 17 tons and has a flow rate of 19 tons per second. When fully operational 450 million gallons of water will gush through the valves every day, supplying 60% of New York’s water.

In constructing the valves’ internal gearboxes, Blackhall elected to use Nord-Lock washers because of their superior anti-loosening properties. Once the valves are in place the internal gearbox cannot be accessed, so it is absolutely vital that all fasteners remain secure. Due to the sheer volume of water that will pass through the valves, even the smallest failure can be critical. After seeing a demonstration of Nord-Lock’s capabilities, Blackhall knew they had found their ideal fastener retention system.

Conquering the Seas Mitsui recently began using Nord-Lock components in their marine diesel engines. Because Nord-Lock components are comparatively light and small, they are effective in making assembly and tightening quicker and safer especially in poorly-accessible or confined places. Read More
How Corus stopped money melting away Corus is Europe’s second largest steel producer. In normal trading conditions it generates annual revenues of more than 13 billion euro and produces about 20 million tonnes of steel a year. Part of the Tata Steel Group, it supplies many of the most demanding metal customers across the UK and EU. Read More
Sail of the century Royal Huisman’s demands on quality and attention to detail extend throughout the 30–90 meters (98–295 ft) long vessels, from the sumptuous interiors to the very latest navigation technologies. When the shipyard was looking for a bolt-securing solution that could handle the dynamic loads unleashed by the harsh marine environ­ment, it turned to Nord-Lock. Read More
You’re gonna dig this A kilometer below the churning waves, more than a thousand pairs of Nord-Lock washers are used throughout the plough application where clamp load must be maintained in the bolted joints. Read More
Underground operations Sandvik Mining and Construction was having problems with the bolts clamping the cutting tools to the reaming head; they were sometimes coming loose under the extreme vibrations, loads and torque involved. Replacing the bolts which vibrated loose was a costly, time consuming and often dangerous job. Read More