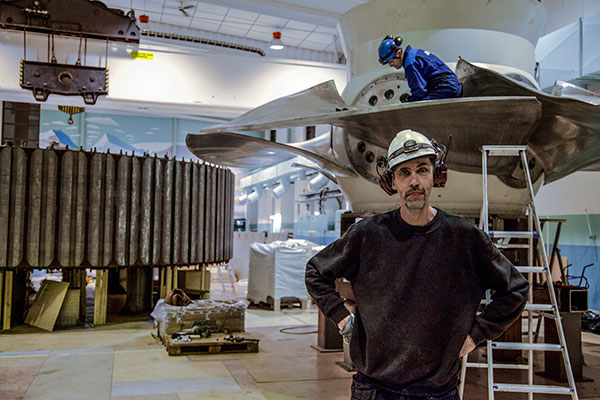 Ecuador's new power Ecuador already meets 45 percent of its energy needs with hydroelectric power, but is aiming to increase this to 93 percent by 2016. Read More
A charge from the Alps Backdropped by the Alps, a Swiss power plant has solved the problem of storing electricity. Read More
Converting Sea Wave Motion Into Energy With oceans covering more than 70 per cent of the earth’s surface, wave power is potentially a huge untapped source of renewable energy. Read More
Fusion Power Swiss Plasma Center's problems with vertical, horizontal and axial vibrations are solved with the installation of Superbolt expansion bolts. Read More
D2FC saves time and money through Nord-Lock D2FC, a French company that manufactures critical high pressure control valves for hydro-electric power plants, has decided to generalise the use of Nord-Lock washers. Read More