Nord-Lock Group Insights How to pick the right size

How to pick the right bolt size

In engineering, manufacturing and construction, the bolted joint is an assembly that sometimes is very much taken for granted. When a joint uses a simple nut and bolt system as a retainer or fastener, there is sometimes a tendency to underestimate the complexity of the system. A common mistake is to oversize the bolt, which can result in costly failure and censure.

On the morning of November 7, 1940, a wind blew through the Tacoma Narrows between Tacoma and the Kitsap Peninsula, Washington, USA. Not an extraordinarily strong wind, but it still set the newly opened dual suspension bridge across the narrow in motion. A local camera shop owner, Barney Elliott, took out his camera and recorded the incident, thereby creating a unique historical document. It had been noted that the bridge swayed and buckled on windy days. On this particular day, the twisting turned into a so-called torsional vibration mode, eventually making the bridge collapse. Fortunately, no one was killed. 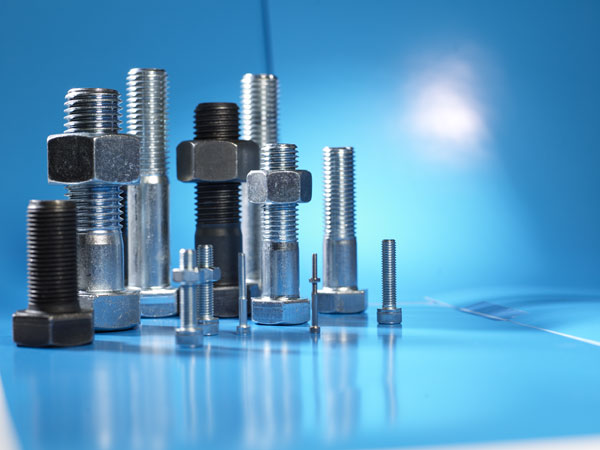 A paper published in the Journal of Sound and Vibration in 2008 highlighted that the collapse was caused by aero­elastic fluttering, enhanced by the slippage of the north mid-span cable band (loss of friction grip) which was clamped together by several bolts that were subjected to forces beyond their design capacity. The collapse of the Tacoma Narrows Bridge has become a cautionary tale and a lesson for construction engineering students even today.

A bolt needs to be tightened or tensioned to its design pre-load creating a clamping force on the joint to obtain the best service from it. Any deviation from this will cast doubt on the integrity of the joint. In a bolted joint the fully-tightened bolt will only bear a small portion of the external load placed on the joint. The two ends of the scale are a hard joint with a low stiffness bolt and a high stiffness joint material; and a soft joint with a high stiffness bolt and a low stiffness material. In the first case, the bolt only sustains a small proportion of ­increased force from an external source, but in the other case, the bolt will sustain the majority of the increased external force.

Bill Eccles is a consultant in bolted joints and the founder of the British website Bolt Science, a leading provider of independent technical expertise in bolted joint technology. In his opinion, it is important to understand and quantify the forces on a bolted joint and also their relationship to determine what size bolt is suitable.

“The usual function of a bolt is to apply a clamping force to the joint so that when external forces are applied, no joint separation or transverse movement will occur. The bolt is placed under tension on tightening and will stretch slightly to provide the best tensile force on the joint.”
Using the largest bolt possible is not the best solution, according to Bill Eccles.

“If too big a bolt is used not only are there cost implications but as the bolt gets bigger for a given joint thickness the stretch in the bolt will decrease. This is complicated by the fact that in any bolted joint relaxation or embedding loss in the clamping force will occur, meaning that even if a bolt is tightened fully the joint material will ‘give’ a little under compression over a period of time and if a large bolt is used there will be much less stretch in the bolt leading to possible bolt loosening and gap formation.”

So what happens with a smaller bolt?

“In the case of a smaller bolt, the relaxation loss will lead to some loss in tension but it won’t be as significant since the bolt has more stretch.”

A good bolted joint, Vogwell says, is one which places the bolt in tension and hence the clamped members in compression. Friction between the clamped members helps resist any sliding (shearing) of the joint thus protecting the bolt in shear. Any force trying to separate the plates apart must first ‘uncompress’ the members – this also protects the bolt from metal fatigue should the external loading fluctuate.

“A good example is the tightening of bolts securing a cylinder head to the engine block of a car – a high tightening torque is very desirable for withstanding the loading caused by the gas pressure in the engine cylinder each cycle.”

The centre designs and tests drilling equipment and bolted joints are a large part of this work.

“Bolted joints in drilling tools are crucial because they have to operate under conditions of extreme temperature, pressure, shock and vibration. In operation the breakdown of a drilling tool would cost a great deal in loss of man hours and recovery would be almost impossible.” Several ways are used to produce the strongest bolted joint.

“The required clamping force for the application is calculated and modelled from a complex algorithm by computer, and anti-rotation devices such as the Nord-Lock locking washer system are used to avoid ‘bucking off’, caused by a bolt coming loose,” says Nobuyoshi Niina.

How to determine the right bolt size?

the function of a bolted joint is to clamp two or more parts together. However, the specific purpose of a bolt is to create a clamping force in the joint and not to sustain shear, bending or excessive dynamic loads.
The aim is to choose a bolt which can sustain a clamping force sufficient to prevent separation or movement between the clamped parts after external forces have been applied and settlement in the joint has occurred. It is always an advantage to choose a bolt with a small diameter and long clamp length in order to minimize the loss of clamp force due to settlement and to create an elastic joint that can absorb vibrations and applied loads. If the bolt is oversized it is not stretched as much as a smaller diameter bolt in order to reach a given pre-load. Even a small settlement will result in a significant loss of clamp force. Furthermore, since a thick bolt is not as elastic as a thin, the bolt will absorb more of the applied load rather than the clamped parts and may fatigue.

Over-sizing a bolt does not always mean that a higher clamp force, and thereby a stronger joint, is obtained. Instead, it often results in a joint with low clamp load, high risk for fatigue failure, increased cost and difficult tightening.

This is how you choose the right bolt for the joint:

How Bolts Are Made? Here Is the Manufacturing Process Bolts can come in a wide range of different sizes and shapes, but the production processes may vary depending on how advanced the bolt designs are. Read More
History of the Bolt Bolts are one of the most common elements used in construction and machine design. Yet, have you ever stopped to wonder where they actually came from? Read More
Thread Standards: The Search for a Red Thread Let's explore the history, the evolution and the future of these crucial but often overlooked thread standards. Read More
Fastener quality: All in the details Quality fasteners are essential for safe, economic designs. But what determines quality, and how do we make sure we obtain good quality? Read More
It’s All About the Coating The coating is a fastener’s skin – a protective shell that preserves the steel that it encases. But what types of coatings are there and what are their purposes? Read More