Ford recently launched a revamp of its iconic F-150 pickup truck with an all aluminium body. In 2008, Apple launched an anodised aluminium casing for its new MacBook laptops, widely regarded as a design classic, while one year later, in the USA, the packaging industry began using more aluminium than the transport industry.

Why is aluminium the miracle metal?

David Harris from ALFED, the aluminium federation representing the industry in the UK, explains some of the metal’s benefits: 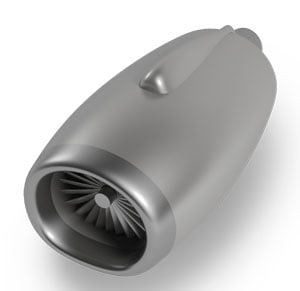 “Aluminium is light, strong and easily fabricated into extrusions and other casts. It has good corrosion resistance and can be joined by welding, adhesive bonding and mechanical methods. It can be anodised and painted to give a wide range of attractive finishes that improve appearance and further enhance corrosion resistance. Aluminium is a good conductor of electricity, better than copper by volume and a quarter of the price, and a good conductor of heat. Crucially, at the end of its very long life it is recyclable again and again with no loss of quality.”

Despite that long list of benefits, the money men of the automotive industry favour aluminium for one reason: it is lightweight. Considerable weight savings (Ford claims the new F-150 will be 700 lb, which is about 318 kilos, lighter) lead to improved energy efficiency and a more appealing product.

The extrusion process consists of pushing a pre-heated cylindrical aluminium ingot through a steel die, producing complex sections that slide together simply.

“Within the limit of the size of the extrusion press, the restriction in section design for extrusions is limited only by the imagination of the designer”, adds Harris.

As a base metal, pure aluminium has excellent corrosion resistance but when connected to one of the noble metals, such as gold, silver or copper, aluminium can corrode. Very acidic or very alkaline solutions (outside of the pH range 3.5 - 8.5) should be avoided or corrosion protection measures will be necessary.

“It is hard to give clear advice as it depends on the aluminium used”, suggests Frida Cullin, Project Manager at the Nord-Lock Group, with a background in material science, when asked what bolt grades are recommended for corrosive environments.

“Both steel bolts and stainless steel bolts can be used together with aluminium but we recommend that you check with your supplier what type of aluminium you are using and seek guidance regarding how to avoid galvanic corrosion,” she adds.

To join aluminium parts together there are various suitable solutions including welding, soldering, gluing and nailing, along with bolted connections.

During welding, all alloys suffer a loss of strength, particularly around the weld itself. Heat treatment can restore properties but this process risks causing internal element separation, which means the metal corrodes from the inside out. Alloy 5083 is especially suitable for welding since it offers the highest strength after welding of any other standard alloy.

For bolted connections, it is common to use standardised steel fasteners (for example, steel bolts class 8.8) since they have higher strength and are less expensive.

“Using aluminium bolts can be a good choice when the joint is exposed to temperature variations. Using bolts made of the same material as the clamped parts decreases the risk of having increased stresses in components and decreases the risk of dropped clamp load due to different thermal expansions”, says Cullin.

As aluminium deforms easily and does not support high pressures, consider reducing the load when clamping aluminium parts together with steel fasteners. Alternatively, placing a washer underneath the bolt head can help distribute the load over a larger area, thereby permitting a higher clamp load. Nord-Lock wedge-locking SP washers, with enlarged outer diameter, provide one possible solution.

“It is recommended to use the SP washers in conjunction with flanged fasteners, which are common in lower property classes”, adds Cullin.

If using a threaded hole in aluminium it is important to remember that the minimal threaded engagement length is longer for aluminium than for steel. A threaded insert might be required to increase the thread strength of the hole, particularly when the joint is re-tightened often. Self-pierce riveting is a method for joining two or more aluminium sheets together, or joining aluminium with other materials such as plastic, which can’t be done by welding. The potential for automation makes it an attractive option for industrial use. Advanced research into self-piercing rivets began at SIMLab, the Centre for Research-based Innovation at the Norwegian University of Science and Technology, back in 2000.

“We realised early in the study that the process influences the behaviour of the connection. The rivet causes the material to deform, which impacts the mechanical response afterwards”, explains Professor Magnus Langseth, Director of SIMLab.

“We have established and validated numerical models for riveting process simulation. Our latest model was implemented in the LS-DYNA simulation software and optimised against the experimental database on aluminium-to-aluminium riveted connections. Furthermore, steel rivets may create a challenge during recycling and a research project at SIMLab has been carried out to replace a steel rivet with an aluminium rivet. The results so far look promising.”

Primary aluminium production across the globe currently stands at around 45 million tonnes per year, more than all the other non-ferrous metals put together. Industry analysts forecast the global automotive aluminium wheels industry to grow at a CAGR of 8.48% over the period 2012–2016, with much of this growth outsourced to China. This growth reflects an interesting global shift in primary production, as David Harris from ALFED explains:

“Primary production in China over the past ten years has expanded at a phenomenal rate and is now about half of the global total. Primary production is scaling down in Europe, driven by the need for affordable long-term energy supplies, the effect of EU legislation on emissions and taxation, and low primary metal prices.”

Aluminium is known for being almost infinitely recyclable, but the processes are energy intensive with potential for emissions. So as the focus on environmental issues grows, is aluminium recycling as good as it could be?

Jonathan Cullen from the University of Cambridge co-authored a study titled “Mapping the Global Flow of Aluminum: From Liquid Aluminum to End-Use Goods”.

He believes there are two major issues:

“First, around half of all liquid aluminum produced each year never reaches a final product”, says Cullen. This is due mainly to dross, aluminium oxide and process scrap.

“Second, aluminum recycling, which avoids the high energy costs and emissions of electrolysis, requires significant “dilution” and “cascade” flows of higher aluminum grades to make up for the shortfall in scrap supply and to obtain the desired alloy mix, increasing the energy required for recycling.”

Cullen believes limiting the number of different alloys in today’s products would aid the future separation and recovery of specific alloys. 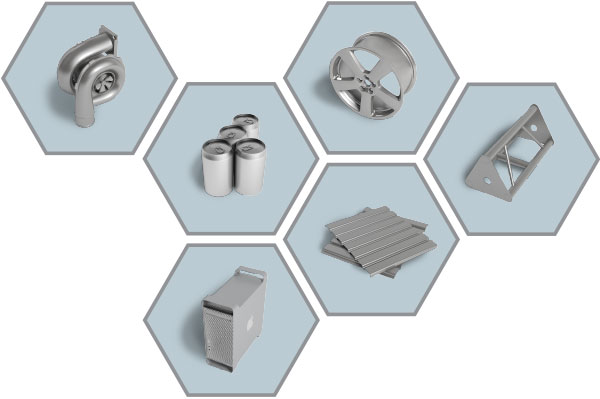 Aluminium use in the industry

Two variants of the metal’s name exist. Aluminium is the preferred spelling in Europe, Australia and by the International Union of Pure and Applied Chemistry (IUPAC). Aluminum is in common use in the United States and Canada, and considered an acceptable variant by the IUPAC.

How Bolts Are Made? Here Is the Manufacturing Process Bolts can come in a wide range of different sizes and shapes, but the production processes may vary depending on how advanced the bolt designs are. Read More
Coupling Challenges & the Evolution What are the challenges with couplings and how they evolved over the years. Bolting experts at Nord-Lock Group share useful insights into the application. Read More
Friction: A force of nature Friction is a factor not to be ignored when it comes to tensioning bolts. Always present in a bolted joint, friction can be part of the problem – or part of the solution. Read More
The Comparison: Bolts vs Rivets By using Nord-Lock washers, a bolted fastener can overcome many of the disadvantages of rivets, while still offering the advantages of bolts. Read More
Combating Corrosion and Protection for Fasteners Any metal product will eventually rust. How corrosion happens and why choosing the right materials and corrosion protection for the bolt is crucial? Read More
History of the Bolt Bolts are one of the most common elements used in construction and machine design. Yet, have you ever stopped to wonder where they actually came from? Read More