D2FC, a French company that manufactures critical high pressure control valves for hydro-electric power plants, has decided to generalise the use of Nord-Lock washers.

Bernard Dangreau, D2FC’s Technical Manager, states “Our commercial relationship with Nord-Lock began when we started using Superbolt multi-jackbolt tensioners. We then discovered the washers and were able to verify their real aptitude at securing a bolted assembly, particularly when the latter was submitted to vibrations.”

He adds that the washers enabled the company to make “real progress in fixing the valve seats on our double eccentric ball valves. These shutters are located underwater and vibrate. In order to block them we previously used hexagonal washers that were soldered to a small plate and thus stopped the bolt from loosening. However, this was a costly solution which also posed problems during maintenance operations and the washers were advantageously replaced by the simple use of Nord-Lock washers.”

D2FC’s introduction to Nord-Lock came just over two years ago when the company started using Superbolt tensioners. “These were chosen based on several criteria”, explains Mr. Dangreau, not the least of which was cost-effectiveness. Because Superbolt tensioners don’t require special tools it becomes possible to place the bolts very close to each other and thereby reduce the size of the bolted component.” This has meant, for example, that the diameter of the shaft of the machines has been reduced and, as a consequence, the resistive torque and the actuators. The special tools he is referring to are hydraulic tensioners. However, in order to use them there needs to be space around the bolt, and the bolts themselves must be of a certain size. 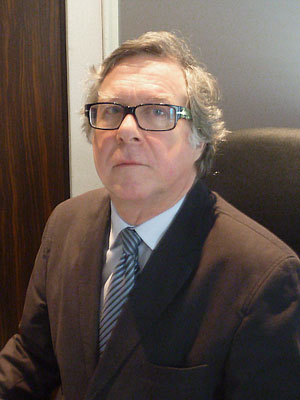 As there is no need to use special tools when tightening Superbolt tensioners, operators save a lot of time. Mr. Dangreau states that these tensioners can be manipulated by hand, “with no need for mechanical assistance” and he remarks that “they can be tightened with a simple dynamometric spanner.” In many other cases, he adds, “the necessity to use a hydraulic jack means the operator needs help to manipulate it and this noticeably slows down tightening operations.”

Another reason cited by Mr. Dangreau is that in order to tighten Superbolt tensioners it is not necessary to apply anything greater than the nominal pretension required, contrary to ordinary bolts. When the studs on these are tightened with a hydraulic jack, it is necessary to use a pretension up to 40% greater than the nominal value sought, in order to obtain this nominal value after the hydraulic tension exercised by the jack is removed. “This is principally because the bolted parts become compressed,” explains Mr Dangreau, adding that this 40% extra tension means that in some cases the stud has to be made bigger than is really necessary in order for the initial tightening operation to be undertaken.

The combination of Superbolt tensioners and Nord-Lock washers enables D2FC’s products to be perfectly adjusted and very reliable. “Because of the optimisation and limited maintenance of the valve, this translates into cost and time savings, making our products more competitive.”

Indeed, D2FC has been chosen by EDF, the electricity giant, to supply some of the major hardware to modernise one of France’s landmark hydro-electric complexes high up in the Alps. Work began in March 2013 on the three-year project to renovate and update the Tignes-Malgovert hydro-electric complex which opened over 60 years ago and encompasses three dams and seven plants. In the decade up to 2015, EDF will have invested almost one billion euros to optimise and modernise its 435 hydroelectric plants in France.

Opening up new fields It seemed like an impossible task. Build an offshore gas platform that was strong enough to withstand the North Sea, yet flexible enough that it could be dismantled and relocated Leggi di più
Making deep sea drilling safer As the global industry looks for safer deep sea oil drilling solutions, MPO’s gas riser handling systems are in high demand. In just a few years, they’ve grown from a small office into a global supplier with over 200 employees. Leggi di più
Ecuador's new power Ecuador already meets 45 percent of its energy needs with hydroelectric power, but is aiming to increase this to 93 percent by 2016. Leggi di più
The wind turbine time machine With the sector growing globally every year, the wind energy industry is looking to use less material for producing big wind turbine parts. Leggi di più