Testing the Energy Solutions of Tomorrow

At Clemson University, an old shipyard has been turned into the world’s largest wind energy testing centre. Renk Test System (RTS), a German company, has provided a facility containing the world’s most powerful wind-turbine tests rigs, which permit simulation of any type of wind force. 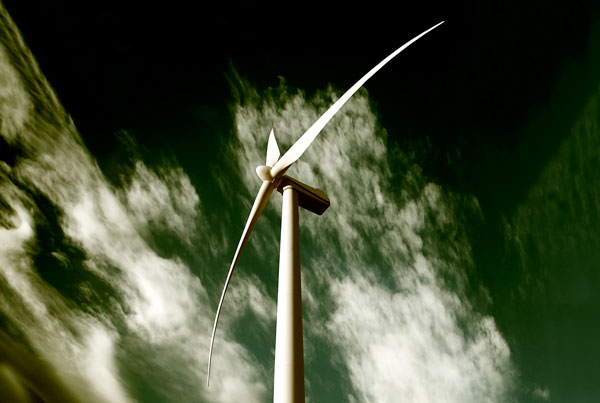 As wind energy rapidly develops worldwide, the US government plans to expand the country’s production from 35 to over 300 gigawatts, equivalent to 270 medium-sized nuclear power plants. The new testing centre at Clemson University in South Carolina plays a crucial role in achieving this goal. For the first time, it will test wind turbine prototypes of up to 15 megawatts (MW) with every type of wind force, including hurricanes. The fact that today’s average wind turbines generates 3-7 MW indicates the power of the testing facility.

“You don’t need to wait for the storm of the century,” says Jens Schneider, Project Manager at RTS in Augsburg, Germany. “The rigs simulate the most extreme conditions in a matter of months and manufacturers save hundreds of millions of dollars by detecting weak points before deploying new systems. The savings in time and money are one reason why interest in our testing systems has skyrocketed recently.”

RTS was commissioned to build two test stands when the Clemson project started a couple of years ago. The company, a subsidiary of RENK AG, has developed and manufactured high-end testing facilities for gears, drive components and complete vehicles since the 1960s.

The Clemson project is the largest single contract in the company’s history so far and RTS added personnel to its Mooresville and Augsburg offices to meet the requirements. It designed two test rigs: a 15 MW stand with a fully dynamic load application that uses hydraulic cylinders and an 11,000-horsepower motor to impart force and moments onto the turbine’s rotating shaft, and a smaller stand for test objects up to 7.5 MW.

The 15 MW rig is 30 m (98,5 ft) long, 13 m (42,5 ft) wide and 14 m (46 ft) high. Ever since wind energy took off in the 1980s, tests have been limited to components, but these huge test rigs allow a complete wind turbine nacelle with an average weight of 300 to 400 tonnes to be attached to the test bed, simulating dynamic loads in six axes of freedom. RTS shipped 800 tonnes of components to the US, including Superbolt multi-jackbolt tensioners and Expansion Bolts.

“This is state-of-the-art technology that will be used to test new wind turbines over the next 30 years,” says Jens Schneider. “That’s why we needed bolting security that is able to cope with tomorrow’s more powerful wind turbines, as well as today’s.”

874 Superbolt MJTs and Expansion Bolts, varying in size from M42 to M125, secure the most critical bolted joints of both test rigs. The largest ones fix the test rig’s single units to the 6,000-tonnes concrete foundations. These ensure the test beds are detached from the main structure, preventing vibrations from reaching it and impacting the test results. The rest are fitted to the test bed gears controlling the speed of the test object, as well as in the load unit’s shaft connection which simulates the wind.

“These parts must handle extreme dynamic loads, replicating the harshest offshore conditions, and huge bolts are needed to keep everything in place,” Jens Schneider explains. “Conventional bolts require heavy hydraulic wrenches for tightening and removal. Superbolt products provide same or elevated preload levels, but allow us to work with normal hand tools, which are much more flexible.”

“90 percent of the rig’s components were manufactured in Augsburg, but there wasn’t space to pre-build and test the whole facility here,” Jens Schneider says. “We only had one shot to get it right and using Superbolt tensioners made it possible for us to install both rigs within  just six months.

As the first wind turbine tests started at Clemson in 2013, wind had just become the USA’s primary source of new electric power, although it still only produces 3.5 percent of the nation’s electricity and there are currently no offshore wind farms on the US coast. With test facilities such as the one at the Clemson University, this may change sooner than expected.

WORLDWIDE WIND CAPACITY: >336 gigawatt (covers the current demand of up to 200 million homes).