The world’s fastest conventional trains run in France, and not just to break the April 2007 record of 574.8 km/h (under test conditions with a shortened train). The TGV regularly runs at 320 km/h and at those kinds of speeds it is absolutely vital that nothing falls off the rolling-stock to derail the train. This is where Nord-Lock comes into the picture.

The SNCF is the French national railway company which transports more than a billion passengers a year throughout Europe. Its five branches: SNCF Infra (management of the infrastructure), SNCF Proximités (urban, suburban and regional transport), SNCF Voyages (long-distance travel), SNCF Geodis (freight) and Gares & Connexion (station management) have a global spread: Infra has contracts in Saudi Arabia, South Korea and Poland; Keolis, a subsidiary of Proximités, runs trains, tramways, coaches, buses and metros in Australia, the USA, Canada, Scandinavia, the UK and Germany. Geodis, the group’s major earner, is the world’s sixth logistics operator and freight transporter with a strong presence on all five continents while Gares & Connexion’s subsidiary AREP is designing stations in China and India. 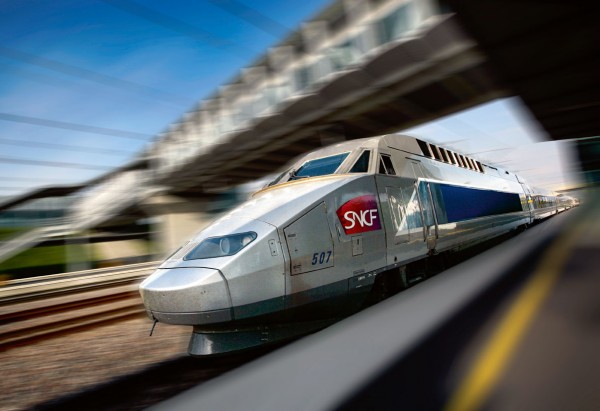 Because SNCF designs the specifications for its rolling stock and does all its own maintenance it has a Railway Test Agency, known by its French acronym, AEF, which does R&D; debugging; certification, qualification and acceptance testing; operating, maintenance and failure analysis; environment, industrial health & safety.

Francis Cocheteux is in charge of the Maintenance expert team at the AEF in Vitry-sur-Seine just south of Paris. It is here that all the technical resources and expert skills needed to carry out tests and analyses throughout the life cycle of rolling stock and its components can be found. When he took up his assignment nearly a decade ago he discovered that although the SNCF uses 8,000 different types of fasteners on its rolling stock, “bolting was not taken seriously enough and people were not trained to do it. It seemed to be an assumption that anyone who’s played with Meccano knows how to screw a nut onto a bolt, but I discovered that this was far from true. Bolts are a strategic element in keeping trains on track: if you lose a piece it could be catastrophic.”

HE THEREFORE DECIDED to go back to basics and in early 2005 set up a commission to look into the engineering specifics, maintenance, purchasing and tests and trials of nuts, bolts and washers (the commission is managed today by Benoit Dodin). Meanwhile, he had also met Laurent Vincent, the Nord-Lock representative in France at that time who introduced him to Nord-Lock washers as a solution to the problems of parts shaking loose with the vibration of the train.

They started to make a record of instructions for those working with bolts on the TGV “because it’s no good just supplying technicians with a good product if they don’t know how to use it”. Mr Cocheteux discovered for example, that some technicians, surprised to find the two Nord-Lock washers glued together made efforts to unglue them before using them and then had a tendency to set them upside down. “So we had to explain why they were smoothly glued together and that if they were used upside down then the whole technological idea behind them was lost,” he says.

By 2008 he ensured that for each of the 38 railway maintenance centres in France there was a Mr or Mrs Bolt who had been trained and was responsible for all bolt assemblies. “When the one-year guarantee on a material is up, then we at the SNCF do the repairs and maintenance in-house and when you consider that a train generally lasts more than 30 years and that it needs a mid-life upgrade, then there is work aplenty.” Sometimes, these upgrades are the occasion to replace older systems with Nord-Lock although Mr Cocheteux says that “despite the fact it is a good product it won’t be put everywhere. We target specific and crucial parts such as the guard iron.” This is a heavy concave metal part on the front wheels of the TGV locomotive which sweeps the railway line free of stones and other objects which otherwise could derail the train. It is attached with four nuts and bolts.

“There will be a call for tender for the next generation of TGVs but which must meet our specifications. Although we are not allowed to name brands we can specify that they must be GALE (globally at least equivalent) to what we already have…and for us, Nord-Lock is considered as a good product!” says Mr Cocheteux.

This is how the SNCF benefits from Nord-Lock washers:

Nord-Lock Group keeps the railway industry on track Nord-Lock wedge-locking washers are used in all safety-related areas of the railway industry, such as bogies, coupling devices, brake systems, rail dampers. Read More
Safe transport Whether you like to ski in France, or further afield in Northern China, Korea, the United States or even Dubai, chances are you won’t walk to the top of the slope. You will sit on a ski lift or take a cable car. And chances are high that the cable system you are relying on to get you quickly and safely to your destination has been designed and manufactured by French company Poma. Read More
Faster transport for heavy machinery Excavators are a vital piece of machinery for any mine, but for all their horsepower, they are incredibly slow and cumbersome to move. In fact, 15 percent of their time is spent travelling, and this enforced downtime means lost income. Read More
Safety secures trust For more than 30 years, unsurpassed safety has been synonymous with the Nord-Lock Group. Read More
Staying on track By using Nord-Lock washers, PT. INKA can now be sure that the bolted connections between the bogies and under frame of their trains are fully secured. Read More