Deep in the iron ore mines of Kiruna in the far north of Sweden, raise boring machines are used to make vertical shafts linking horizontal tunnels at different depths. A machine in the upper tunnel drills down a narrow pilot hole to the tunnel below. When it breaks through, a reaming head, which can be up to 6 meters in dia­meter, is attached. This tool is pulled back up, chewing its way through the rock as it goes to leave a larger shaft, often for ventilation. Sandvik Mining and Construction was having problems with the bolts clamping the cutting tools to the reaming head; they were sometimes coming loose under the extreme vibrations, loads and torque involved. Replacing the bolts which vibrated loose was a costly, time consuming and often dangerous job.

Sandvik tried different configurations to solve this serious problem. They tried fewer bolts with higher grade steel, and more bolts with lower grade for more flexibility. Welding the bolts was not the answer as it complicated the regular maintenance the tools require. Sandvik came across the Nord-Lock bolt securing system and immediately recognised its suitability for the job. The Nord-Lock solution meant increased cost effectiveness but also improved safety; meaning less need for potentially dangerous servicing underground by engineers.

“These situations call for very secure clamping of each component,” says Göran Strand, product line manager for raised boring equipment at Sandvik Mining and Construction. “Since we chose Nord-Lock we have greatly reduced the number of cases where the bolts rattle loose. I would not consider going back to using plain washers. We have very few problems with the bolts today – and that’s how we would like it to stay”. 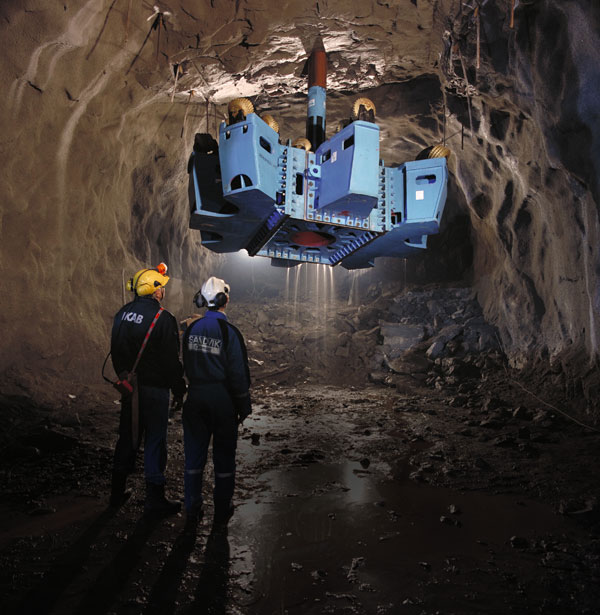