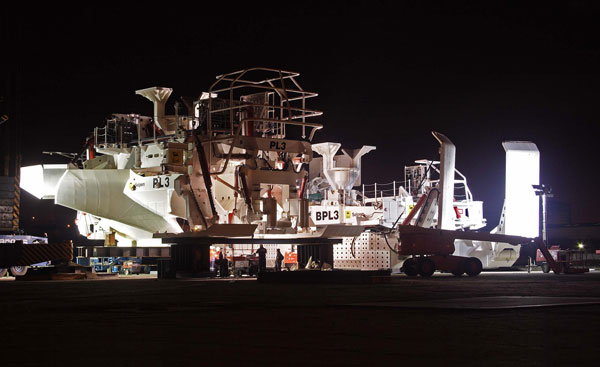 Renovating Nuremberg’s metro – without affecting the timetable Renovating an underground railway system without weeks of construction and chaos caused by delays and diversions was previously unheard of. Read More
Making deep sea drilling safer As the global industry looks for safer deep sea oil drilling solutions, MPO’s gas riser handling systems are in high demand. In just a few years, they’ve grown from a small office into a global supplier with over 200 employees. Read More
Extreme temperature and high pressure Ethylone and Propylene might not be well known substances to the general public, but they’re actually among the most important products in the global petrochemical industry. Read More
Tough machines for a tough industry In the mining industry, every minute of downtime results in lost income, and one loose fastener can cost a small fortune. This is why Joy Global doesn’t compromise when it comes to bolt security. Read More
Plunging to New Depths In its quest to be the world’s leading service provider for the exploration and extraction of natural resources, Fugro has had to overcome all the world’s natural barriers. With its world class ROVs (remotely operated vehicles) even the deepest oceans are within its reach. Read More
Taking wind energy to new depths Offshore wind turbines are an increasingly common sight as the world moves towards more sustainable forms of energy production. Read More