At power plants across the world, gas turbines are becoming increasingly vital to the world’s power supplies. Mitsubishi Heavy Industries currently manufacture ultra-large gas turbines, which are more than six metres tall and over 16 metres long. With such huge precision rotating machinery, vibration is unavoidable, and until recently wiring or tongued washers have been used as fastener rotation-prevention systems.

However, since the inside of a gas turbine is an intricate piece of machinery filled with a wide variety of assembled components, space is limited and work is difficult to perform. Wiring and tongued fixtures require skill to install, and so Mitsubishi Heavy Industries decided to look for a new solution that was easier to assemble and inspect periodically.

In their quest to find a new solution, Ryosuke Fuji of Mitsubishi Heavy Industries visited Nord-Lock, where they performed fastenerloosening tests. The results exhibited were exceptional, showing that Nord-Lock washers prevented rotation even under extreme vibration.

Mitsubishi Heavy Industries also had good experience with Nord-Lock, having used their washers on a gas turbine in a demonstration plant in Takasago, Japan. For over four years, all critical joints remained secured.

Currently, Nord-Lock washers are being applied in Mitsubishi gas turbines at power plants in Japan and overseas, including the new J model gas turbine, which was shipped in 2011 and boasts the world’s highest electricity-generation efficiency. 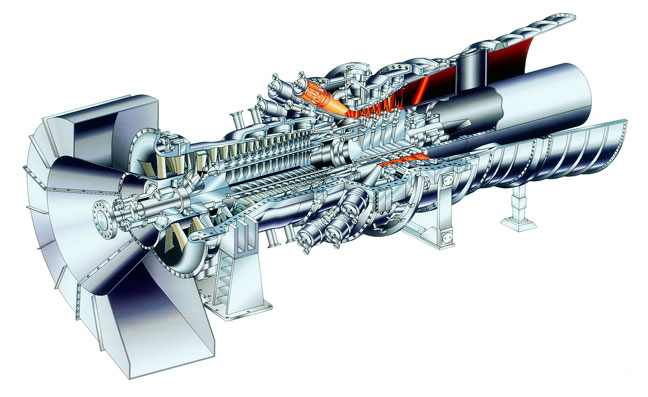