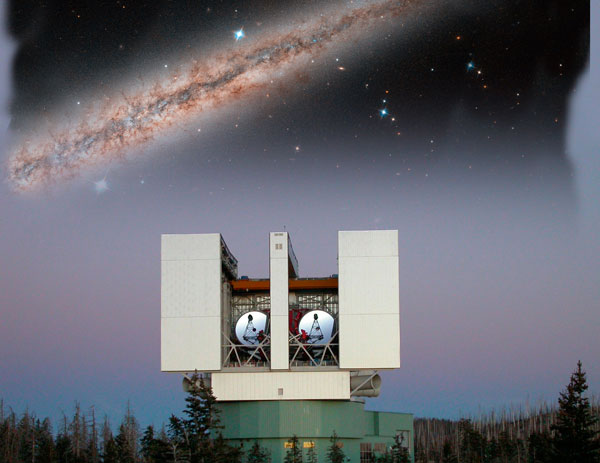 In a galaxy far, far away

The new astronomical instrument for the Large Binocular Telescope (LBT) will enable astronomers to see planets and galaxies extremely far away. One galaxy that astronomers may study is the giant elliptical galaxy Messier 87 (M87), also known as Virgo A or NGC 4486. It was discovered by the French astronomer Charles Messier in 1781 and has been popular with astronomers ever since.

To reach optimum results modern telescopes need a special environment. The requirements for ground-based observatories include many clear nights per year as well as minimal light pollution from urban areas and low water vapour content in the atmosphere. That is why these telescopes are located in dry regions at high altitudes, such as USA’s southwest. LBT is located at an altitude of 3.221 meters on Mount Graham, Arizona.