Focus on security in windy and vibrating environment 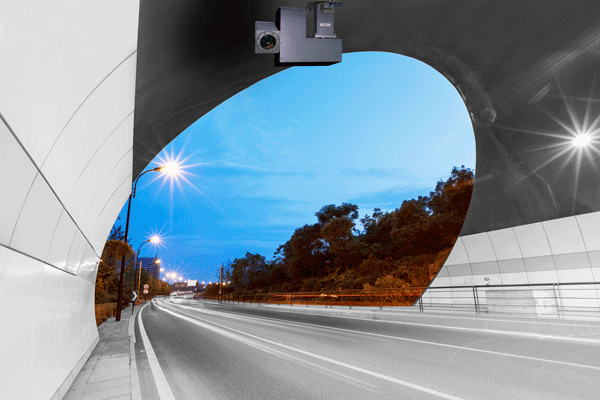 Dutch company Akkadia manufactures specialist CCTV systems for demanding situations in various industries. Its cameras can be found everywhere, from offshore, to polar regions and deserts.

Since 2010, Akkadia has had a contract with the Dutch Ministry of Infrastructure and the Environment (IenM), providing CCTV technology in tunnels throughout the Netherlands. Tunnel cameras must be particularly durable, as the vehicles that constantly pass close by create huge wind pressure. Standard security cameras normally don’t last more than a year and a half.

Akkadia developed a specific camera for tunnels – the PTZ – as a stainless steel, vibration-resistant application, built to last more than ten years. To create and maintain such robust technology requires a high-quality locking solution.

The IenM were keen to use its usual self-locking nuts, but Akkadia were already employing a product that would ensure the ability of its cameras to provide long-term, trouble-free traffic surveillance.

Akkadia had entered into partnership with Nord-Lock and fit its washers in the CCTV camera technology. The IenM was subsequently won over by convincing evidence presented by Akkadia about the quality of the Nord-Lock washers, including test reports from TÜV in Germany. The PTZ tunnel camera utilises NL6 and NL8 steel and stainless steel washers on the inside, and NL10 stainless steel washers on the mounting and base.

All moving parts and internal connections on Akkadia CCTV systems are secured by Nord-Lock washers; from the housings to the base plates.

No problems have been reported in the six years that Akkadia has supplied tunnel cameras to the IenM. Akkadia has now manufactured around 800 systems featuring the Nord-Lock solution. Currently, over 400 PTZ tunnel cameras cover two large motorway projects in the Netherlands – the Amsterdam Orbital, and the Maastricht motorway near the Belgian border.

The success of Akkadia’s tunnel cameras highlights the importance of total cost of ownership. In thinking long term, the IenM has saved money on the cost of maintenance and replacing broken cameras.

SpaceX competition winners chose wedge-locking washers In 2015, Elon Musk, the billionaire behind the futuristic transport technology companies Tesla and SpaceX, launched the Hyperloop Pod Competition. Read More
Cheaper but Better Solution for Tractors With Washers Early in 2017, when Hattat Traktör was testing a new tractor model, they realized that the joints on the air compressor–engine connection bracket were loosening because of vibration. Read More
Staying on track By using Nord-Lock washers, PT. INKA can now be sure that the bolted connections between the bogies and under frame of their trains are fully secured. Read More
Powerful circles Nord-Lock enlarged external diameter wedge locking washers make the connections on a circular storage unit for lignite absolutely secure. Read More
Competing in the world’s most dangerous race In January 2013, the legendary Dakar Rally started in Peru for the first time and end in Chile, having crossed the Andes into Argentina. Read More