Washers keep airplanes in the air

Look up into the sky in the coastal city of Miri, in north-eastern Sarawak, Malaysia, and you may see Nord-Lock washers in action: inside a radio-controlled aircraft. These hobby airplanes are sold by Byond Horizon, a business that otherwise uses drones to take aerial photos and videos for companies. 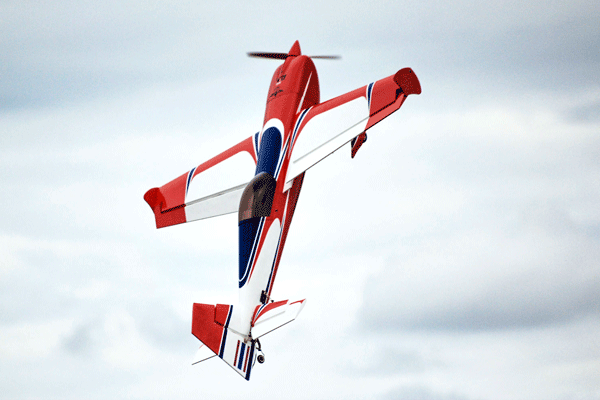 “Unlike our drones, these recreational aircraft use gasoline-powered engines,” says Mr. M. Fadzly of Byond Horizon. “These engines cause a vibration problem. Since the frame is made of wood, which is soft, and the engine and its mounting are made of steel, the bolts holding them together can come loose after only four or five flights.”

Fadzly says that it can be difficult to access the plane’s engine, so the loosening is a real problem. A friend of Fadzly’s, however, works at Mayura Engineering and is a supplier of Nord-Lock washers.

“I ordered a box, tried them out, and now I recommend them to all of my customers when we are assembling their airplanes,” says Fadzly. “The Nord-Lock washers never need to be retightened, and they also make sure the engine stays in place. It would be quite dangerous if the engine were to fall out during flight.”

Fadzly not only sells the radio-controlled airplanes, he flies them himself. “I’ve been doing it since 1997,” he says. “It’s a passion, and a fun thing to do on the weekend. It gives you the feeling of flying a real airplane.”

Cheaper but Better Solution for Tractors With Washers Early in 2017, when Hattat Traktör was testing a new tractor model, they realized that the joints on the air compressor–engine connection bracket were loosening because of vibration. Read More
Focus on security in windy and vibrating environment Dutch company Akkadia manufactures specialist CCTV systems for demanding situations in various industries. Its cameras can be found everywhere, from offshore, to polar regions and deserts. Read More
Renovating Nuremberg’s metro – without affecting the timetable Renovating an underground railway system without weeks of construction and chaos caused by delays and diversions was previously unheard of. Read More
Green technology for sustainable land clearing Mulching machines are exposed to extreme vibration. Extending their life cycle and sharpness of the teeth is vital for sustainable land clearing. Read More
Bridging the Gap The Hohenzollern Bridge is not only one of Cologne’s most recognizable landmarks, but also a vital link across the Rhine River. The SBS sleepers are fitted with Nord-Lock washers on all safety-critical joints. Read More