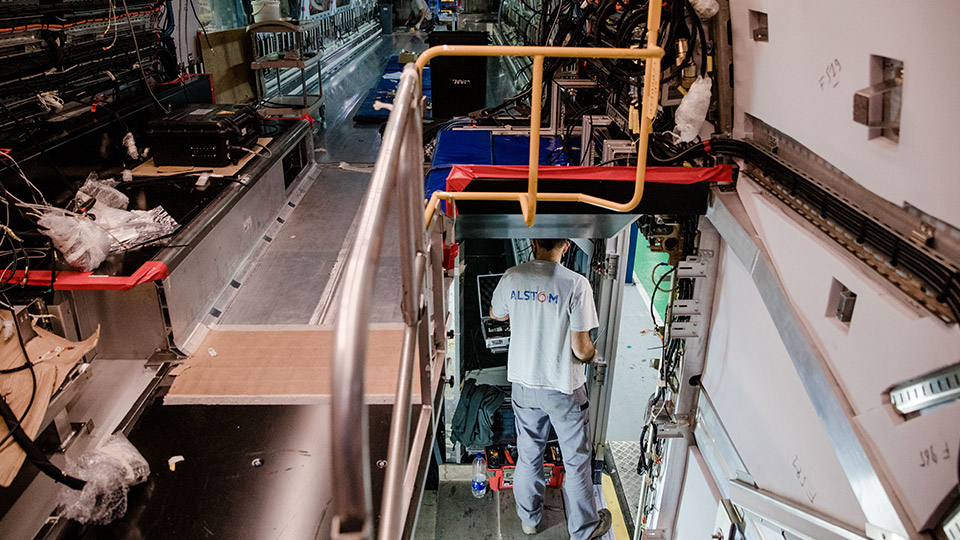 Alstom and Nord-Lock Group: A secure coupling French multinational Alstom is a global player in the rail transport industry with a raft of international customers seeking the most comprehensive range of products and services on the rail market. Read More
Getting the best of both worlds On the face of it, building the Kienlesberg bridge was a real-life mission impossible. After all, how can you successfully bring together two completely opposing concepts? Read More
Reliability Is The Key To Running A Successful Railway Expander System pivot pin is the permanent solution to lug wear for moving mechanical parts and rod ends. This ensures reliability in the operation and safety of the railway industry worldwide. Read More
Renovating Nuremberg’s metro – without affecting the timetable Renovating an underground railway system without weeks of construction and chaos caused by delays and diversions was previously unheard of. Read More
Video: Irish Rail safely secured with Nord-Lock washers Safety is key on the railways. Irish Rail replaced the locking-wire mechanism on their wheel sets with Nord-Lock washers, watch them share their experience. Watch now
Staying on track By using Nord-Lock washers, PT. INKA can now be sure that the bolted connections between the bogies and under frame of their trains are fully secured. Read More
Putting the X-series to the test The Challenge Wam Metals is a manufacturer and supplier of a wide range of specialized non-ferrous and ferrous components, servicing both the local South African and the international markets. The... Read More
End of the line for frozen rails Snow can trigger travel chaos for the hundreds of thousands of commuters who pour into London each day. One particular winter problem on southeast England’s rail network is the vulnerability of the conductor rail (which runs parallel to the running rails and supplies the trains with electrical power) to cold weather, and in particular snow and ice. Read More
Safe travelling The City Tunnel is a rail link between Malmö and the Öresund Bridge in Sweden, with a six kilometre railway running under Malmö city centre. The glasswork company Skandinaviska Glassystem, was assigned the task of constructing the roof of the new Triangeln railway station situated in central Malmö. Read More
Built for Speed The world’s fastest conventional trains run in France, and not just to break the April 2007 record of 574.8 km/h (under test conditions with a shortened train). The TGV regularly runs at 320 km/h and at those kinds of speeds it is absolutely vital that nothing falls off the rolling-stock to derail the train. This is where Nord-Lock comes into the picture. Read More
Tunnel vision Twenty meters beneath the streets of Malmö, Sweden, the new underground section of the city’s central station is gradually taking shape. Read More