Pick any of the world’s most exciting motor races and you will find the orange motorcycles by KTM, Europe’s largest manufacturer, among the top contenders. 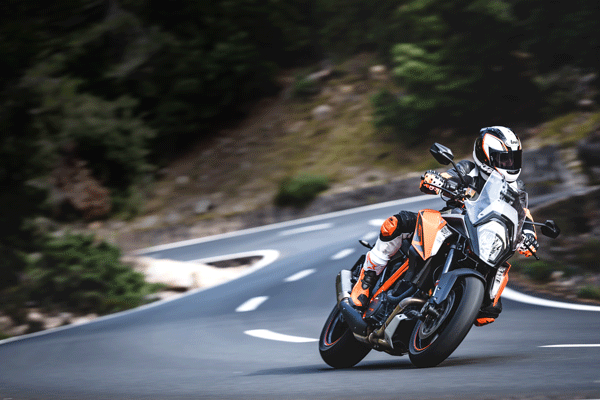 Located in Mattighofen, Austria, close to both motorsport-crazy Italy and R&D stronghold Germany, KTM mixes influences from both countries with its own “never give up” attitude. After failing to cross the Dakar finishing line ten times, KTM turned failure into a winning streak that has lasted since 2001.

KTM is the only manufacturer that bolts the gearshift lever axially instead of clamping it, making it easier to access with tools. However, the bolt that attaches the conic gearshift lever to the shifter shaft was a weak spot on early pre-series bikes. Heavy washers combined with glue couldn’t prevent loss of preload during some of the most extreme jumps, where the riders land with their foot on the gearshift lever. The whole lever would come loose.

Standard Nord-Lock washers were either too large or too thick to solve the issue. However, Nord-Lock customized an NL6sp washer, with an outer diameter of 16.6 mm instead of 13.5 mm. Two years later, KTM hasn’t seen one single case of gear-lever bolt failure.

Focus on security in windy and vibrating environment Dutch company Akkadia manufactures specialist CCTV systems for demanding situations in various industries. Its cameras can be found everywhere, from offshore, to polar regions and deserts. Read More
Nord-Lock Group keeps the railway industry on track Nord-Lock wedge-locking washers are used in all safety-related areas of the railway industry, such as bogies, coupling devices, brake systems, rail dampers. Read More
Washers keep airplanes in the air Look up into the sky in the coastal city of Miri, in north-eastern Sarawak, Malaysia, and you may see Nord-Lock washers in action: inside a radio-controlled aircraft. These hobby airplanes are sold by Byond Horizon, a business that otherwise uses drones to take aerial photos and videos for companies. Read More
Renovating Nuremberg’s metro – without affecting the timetable Renovating an underground railway system without weeks of construction and chaos caused by delays and diversions was previously unheard of. Read More
Green technology for sustainable land clearing Mulching machines are exposed to extreme vibration. Extending their life cycle and sharpness of the teeth is vital for sustainable land clearing. Read More
Washers safeguard transport safety To avoid accidents that would put people and the environment in harms way, it is crucial that the transport of liquids is managed safely and efficiently. Read More