Wear on books is a problem for any library. This was also true for the media library in Toul, France, but a retired engineer came to the rescue, using Superbolt tensioners to revive an old bookbinding press. 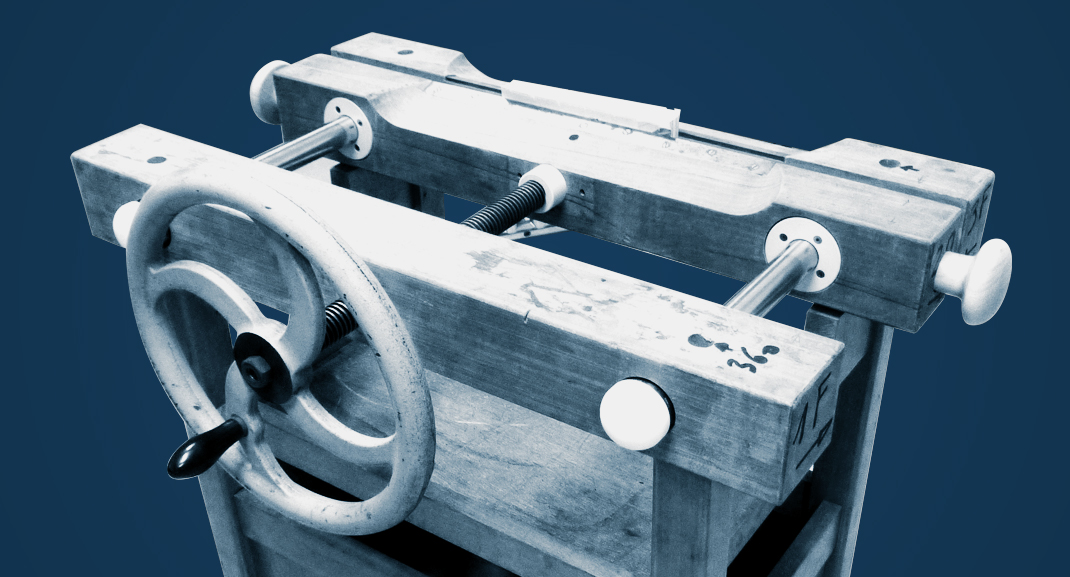 It’s fair to say that “Once an engineer, always an engineer.” When Philippe Gauvin retired from the position as a consultant engineer for French electric utility company EDF Hydro in 2012, he didn’t leave his problem-solving skills behind.

“My job involved analyzing technical problems that led to failures and damage to our hydropower generation facilities all over France,” he says. “I then had to study the technical data to find technological longterm solutions to correct these disparities.”

Superbolt tensioners were often used in these solutions, and when the media library in his hometown of Toul, south-eastern France, needed help, he came up with an idea.

For a small-town library with a tight budget, the wear on popular books is a real challenge. Gauvin recalled that at the school where his wife used to work, there were some very talented technicians who repaired all kinds of things. For example, they made a bookbinding press for mending books. “I went back to the lycée, we had a dig around and found the press tucked away in the back of a cupboard!” he says.

The press was fixed, but it is a cumbersome and heavy object, not easy to operate. “I knew the size of regular bolts would make them too difficult to operate on a regular basis,” says Gauvin who, remembering the positive experience he’d had with Superbolt tensioners, called his old contact Sébastien Bruyas at Nord-Lock Group and ordered four Superbolt tensioners.

Using Superbolts in the press has allowed the media library to handle all the maintenance of the press without having to use a 30-millimetre wrench, which would require considerable strength.”

The press has been restored to perfect working order and the media library is repairing 20 books each week. The process is very simple: The book is firmly sandwiched in place in the press, allowing the pages to be trimmed square, the binding sewn, and the cover glued back into place.

“It was a lovely chance to bring something very useful that had been forgotten back to life,” says Gauvin. “For just over 100 euros, we are making sure that the children’s books can continue to give pleasure to younger readers, long after other libraries would have had to replace them. It’s the perfect example of a circular economy.”